Sekiro: Shadows Die Twice gameplay and walkthrough. This is not a complete walkthrough as dialogue, intro cinematic, and cut scenes are edited for time. I hope if you like the footage you see here, you end up playing the game yourself. So far I'm having a lot of fun with it. 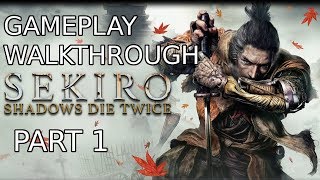 As a gamer who grew up playing the original Kingdom Hearts 1 when it was released, and a huge fan of JRPGS, I was eagerly awaiting the release of KH3 with great anticipation. After more than 13 years since the release of KH2, and playing most of the spin offs released on various consoles, do I think that KH3 was worth the wait? The reason this review is so late, even though I purchased the game on release day in January is that I unfortunately found the game pretty boring and
Home: Blog
Home: GetSubscribers_Widget